Walk 23: Towcester town centre: A short walk back in history

Time to walk: You can do this one in an hour, but then there’s lots to explore

Difficulty: Mainly hard path apart from a short stretch in the watermeadow which was a  bit muddy in mid December

Map of the route: None, but these are easy to follow instructions

So what can we tell you about Towcester?

Location-wise it’s about 8 miles south of Northampton & lays claim to being the oldest town in Northamptonshire & possibly, due to the age of the Iron Age finds in the town, one of the oldest continuously inhabited places in the country

Today the A5 runs straight through the middle of the town. In Roman times this was known as Watling Street & a garrison town called Lactodurum was established on the site of the current town

In the 18th & early 19th centuries the town became a stop on the major coaching road between London & Holyhead. Many of the pubs & inns in the town today remain from that period

Anyway…it’s a miserable, cold, late winter’s afternoon & the light’s fading. We’ve got 3 miles to complete so…

1. As mentioned above we parked up in Towcester Leisure Centre car park on the outskirts of the town.

Exit the close & turn right onto Springfields & walk down the hill

2. At the bridge turn left along the gravel path beside the River Tove.

We’re now going to follow the river for the next half mile.

Cross the road picking the path up the other side

And again, across the road in the distance

3. Upon reaching Waitrose turn right over the bridge… 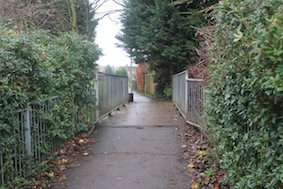 …& then immediately left along the path again

4. By now we were getting soaked so we needed to get a move on. Turn left over the bridge…

& continue up to the main road 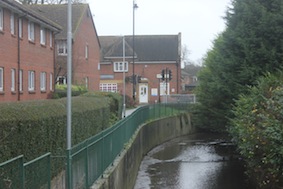 5. On reaching the main road (Watling Street) turn left & head back into the town…

6. On the left’s Towcester Museum… 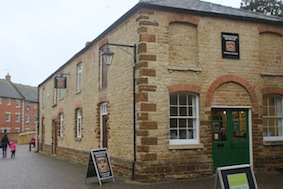 7. And a little bit further up is a real traditional butchers…

We’re not supposed to promote too many businesses, but one of our favourite Chinese restaurants has always been the Rice Bowl

8. Cross over the road. It was Xmas when we did this walk & it was great to see that all  the retailers had a xmas tree on their properties. In the square is Towcester Town Hall.

9. Walk down the side of the Town Hall (Chantry Lane) towards the church… 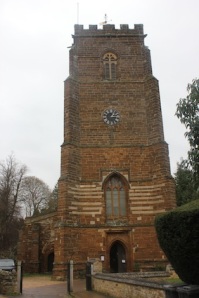 St Lawrence’s Church has a 12th century Norman ground plan, probably laid over a Saxon 10th century stone building. It most likely dates back to Roman times as St Lawrence was patron saint of the Roman Legions. The building was reconstructed in 1480-85 when the tower was added. It contains a ‘Treacle Bible’, a table tomb & cadaver of Archdeacon Sponne. The Archdeacon started what was thought to be the oldest Grammar School in Northamptonshire 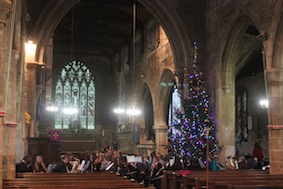 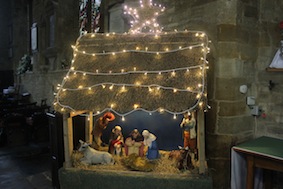 9. How good was that? Right…continue down the left hand side of the church & turn left along the road 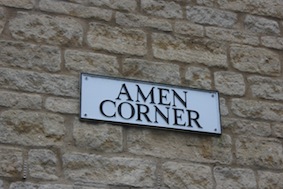 This is no Augusta Golf Course!

Bury Mount Motte is the remains of an earthwork motte & bailey fortification or ancient castle & has been designated a scheduled ancient monument. The Motte probably dates back to the 11th Century when it was a Norman fortification. The Motte fell into disrepair, but the council has recently undertaken a restoration project 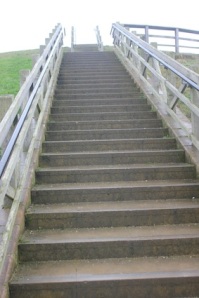 Nearby’s the rather lovely Towcester Mill Brewery, which is well worth popping into & even maybe taking one of the tours

11. Turn right over the bridge… 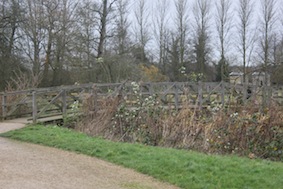 You’re now entering Towcester Watermeadows.  Have a look at the link. The Watermeadows cover 60 acres & were originally part of the Eaton Neston estate. Now owned by the public they are registered as Grade II in English Heritage’s Parks & Gardens Register. Although their design is predominantly early 19th century they have older parts that date back to 1700

What we’re going to do now is basically a loop of part of the Watermeadows, intially following the boundary on the right.

12. Eventually you come to a stream crossing the path which is where we saw a kingfisher darting along. He eventually sat on the corner of the wall below. In the enlarged version you can make out colours. Note to self take all the lenses next time! 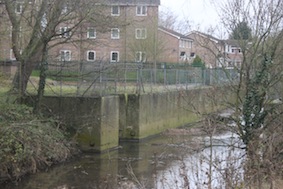 13. Now turn left & follow the stream past the bridge until it reaches the hedge boundary. In the distance on the hill you can see the grandstands of Towcester Racecourse 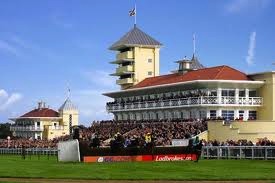 14. The path now lies across the field heading back towards Bury Mount & then exits through the gate in the corner up to the main road

Cross the road & walk on the path through the park 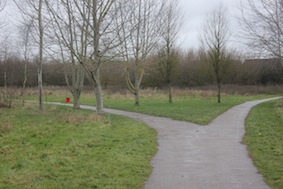 15. Cross either of the bridges over the stream & follow the hard path…

The first bridge was blocked today…

…& keep going until you emerge near Tesco’s.

16. Turn left towards the road until the T-junction & walk straight over Watling Street into the park… 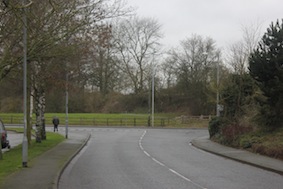 …& cross the wooden bridge below…

17. Bear right & either follow the left hand or right path around the small lake…both join up again in a short while as they some new houses on the edge of the park

18. Although there’s no signs, turn right into Belle Baulk & simply follow the road through the housing estate…just keep to the one road.

19. Eventually you’ll arrive at a roundabout… 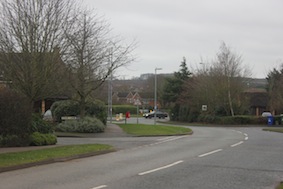 …& go straight over back into Springfields…

So…that’s our little walk done around Towcester, a small town with a big history! What we particularly like is the small independent shops & we’ll definitely return to try & snap that kingfisher.