Time to walk: A short walk that will only take about 1.25 hours

Difficulty: All off road on well marked paths that drain well. There’s a couple of hilly areas, but nothing too strenuous

Parking: We parked in the free car park in High Beech opposite the pub. Beware if you park in the Visitor Centre car park as they do lock it when the Centre closes!

Public toilets: In the car park next to the Visitor Centre

We were down in Chingford for a family wedding & stayed in the excellent Premier Inn, London Chingford, which is next door to Queen Elizabeth’s Hunting Lodge on the edge of Epping Forest

The name “Epping Forest” was first recorded in the 17th century & prior to this was part of the larger Waltham Forest. It’s thought to have been given legal status as a royal forest by Henry II in the 12th century. This status allowed commoners to use the forest to gather wood & foodstuffs, & to graze livestock, but only the king was allowed to hunt there

Until the outbreak of BSE in 1996, commoners still exercised their right to graze cattle & every summer herds of cattle would roam freely in the southern part of the forest, & occasionally in the streets of Leytonstone & Wanstead. The right to collect wood still exists, but is rarely practised & is limited to “one faggot of dead or driftwood” per day per adult resident

Over the years Epping Forest gained an unfounded reputation of where the East End gangsters buried their bodies! Indeed it’s featured on ‘Eastenders’ several times

Our walk today starts from the Forest’s Visitor Centre at High Beach, which is impressive & full of very helpful volunteers. We had a limited time, so they suggested the ‘Beech Trail’ which we enjoyed immensely. It also brought back many childhood memories for Mrs ‘WWAW’ who spent her early years in Chingford – she even managed to conquer her childhood fear of jumping ditches!!

1. As mentioned today’s walk starts at the Visitor Centre in High Beach. We parked over the road in the free car park. If you want refreshments, before or after the walk, the imposing Kings Oak will look after you… 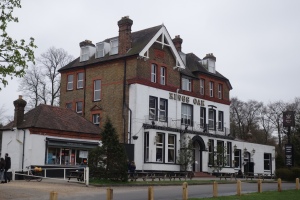 The loo’s if you need them are next door

2. Make your way to the Visitor Centre… 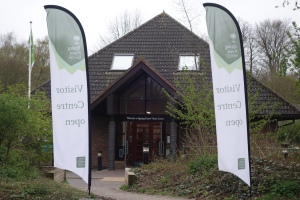 So, we’ve been told to walk the ‘Beech Trail’ which starts outside the Centre beside the information board

3. Turn right along the track into the forest…

…to arrive at a small pond with a few strategically placed seats. It’s a very calming place 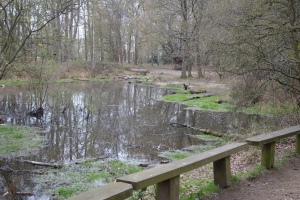 4. Follow the yellow arrows, turning right at the junction & continue along the track. So what were our first impressions of this part of Epping Forest. Well…we have to say we thought it was scruffy, but that might be due to the age & the way people want it kept – much of this part looked dead though

5. Ignore the first path on the left & look for the wider one, slightly further on – we need to find those beeches that this walk’s all about…

…& finally here they are…

6. Watch out for plenty of old trees along this stretch – why do we always think the trees have eyes & are looking at us? 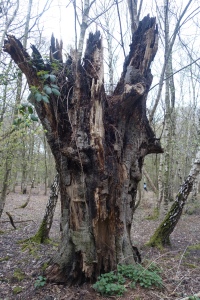 7. Eventually you’ll come to a road, so be careful crossing as it’s very busy… 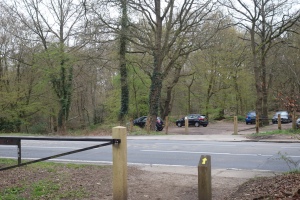 The path continues straight ahead after passing through the car park…

8. A word of warning – watch out for cyclists who appear to have the same rights as us walkers in the forest…

Turn right at the junction above & then, after 100 yards look for another yellow marker that takes you off track into the forest itself… 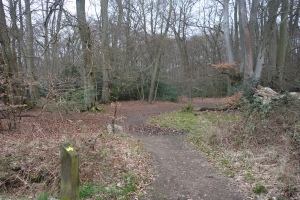 9. The best advice we can give you on this section is to keep looking out for the markers with the yellow arrows. This part of the forest has lots of humps & hollows. It’s because it was once part of Loughton Iron Age Camp

The camp’s earthworks cover an area of approximately 10 acres & are visible today as a low bank & ditch encircling the main camp. The banks were most probably once a single high rampart, used for defence & the appearance of the ditch suggests it was once very wide & deep in places. It lies on one of the highest points in the surrounding area, on a ridge of high ground, likely to have once been strategic. It’s speculated that the camp was used by the Trinovantes in defence against the Catuvellauni. An early 19th Century map shows Dick Turpin’s hideout was here, although several other places make the same claim 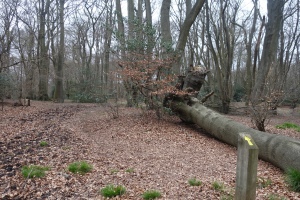 10. Today the humps & hollows make it a major attraction for mountain bikers. Follow the path round in an anti clockwise direction passing the information board…

…where it now starts to descend a hill. You can see why this is called ‘The Beech Trail’ as there’s so many magnificent specimens in the forest 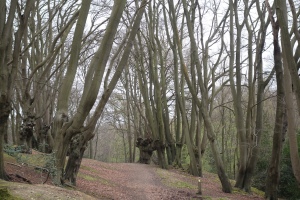 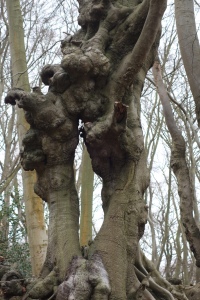 11. At the bottom of the hill we arrive at a grassy area called Debden Slade…

We liked the timely reminder on the waypost 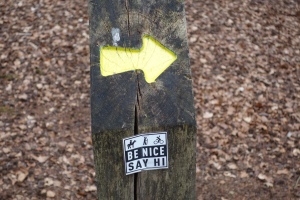 12. On reaching the brook / ditch turn right & keep it on the left… 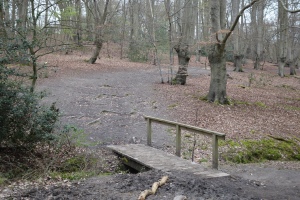 13. Cross another ditch & then the path bears left up quite a steep slope – it’s still well marked

14. At the junction, turn right. The final stretch back to the Visitor Centre is quite up & down… 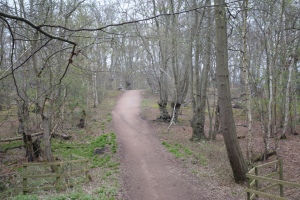 So that’s it, a short stroll in a very famous forest. It appears it would be fine to walk here at all times of the year as it’s drains well. Probably though, the best time would be autumn when the beech trees leaves would be at their bronze best

And no…we didn’t find the body!