Walk 136: A short stroll around Spratton

Time to walk: This is a village walk so how long you take is up to you

Difficulty: Easy & all on hard paths

Parking: On road outside the church near the King’s Head

Public toilets: Unless the pub’s open – hang on!!

I post photos & ask “Where am I?’ Some people say “Well that’s too hard as I don’t live there”. I say…well….exactly & that’s why I do the Towns & Villages Walks of Northamptonshire. Let me encourage you to go & visit them…

Spratton is described in some of the old books I have as “A big village on high ground” It certainly is. This walk follows Northamptonshire County Council’s Heritage Trail. For more extensive details about the village please see the Spratton Local History Society website. Shall we go & have a look?

1. This walk starts on the junction of Brixworth Road & Church Road, outside the King’s Head. It’s thought that there’s been a pub on this site for years, maybe even back to mediaeval times… 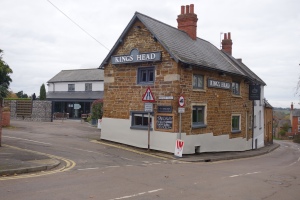 The present building probably dates back to the 17th century, but it has been extended over the years. Records show that in the early 1900’s there were five properties selling ale in the village

2. Turn left along Manor Road & walk down to some rather beautiful properties…

The white house in the picture below was once the Chequers public house which dates back to the early 1600’s. It was extremely popular

Some of the properties here are fine examples of thatched, stone & cob cottages that once could be seen all over the village 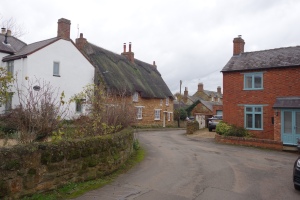 ‘Cob’ is an old English word meaning lump or rounded mass. The earth was mixed with sand & straw. Crushed stone & flint or chalk could also be used depending on the district. Cob lumps would be formed by hand then added to the wall & trodden down & allowed to dry. Cob was used in districts that did not have easy access to building stone or timber from the forests

Cob is one of the oldest building materials used in the world & there’s evidence of houses in London in 1212 that had mud walls. It was a building style used in the Middle ages all over the country

3. At the junction turn right along Northbank…

…& at the end the road swings right into School Road.

4. In front of you now is Spratton Church of England Primary School which has been at the centre of the local community since 1819, when the church received a grant of land to build a school to accommodate 150 children

5. Continue along School Road, noting the art work on the wall on the right…

6. At the junction with Brixworth Road is a Northamptonshire institution…Sauls of Spratton, which has been run by the Sauls family since 1926…. 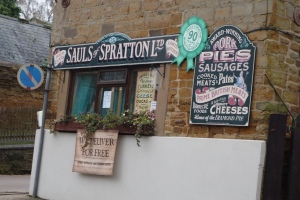 7. Straight ahead over the road stands the magnificent Stone House… 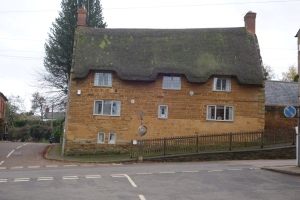 8. Walk up the slope in front of the house to arrive at St Andrew’s Church, the oldest building in the village 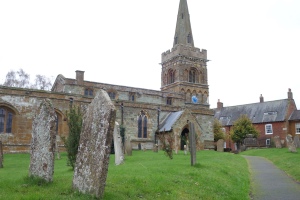 Parts of the west wall of the church date from the Norman period, along with one of the windows in the church tower. The earliest church built on the site dated from 1120, but it has been altered & remodelled considerably over the centuries. The spire was taken down nearly to the base in 1870 & rebuilt. The great great grandmother of George Washington, Amphillis Twigden, was baptised in the church in 1602& there is a plaque saying this in the church 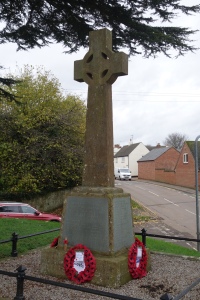 9. Walk back to Stone House & turn right along Yew Tree Lane. As the road bends slightly, look out for the impressive Olde House Farm on the left. This 17th century farmhouse was part of the largest farm in Spratton. It stopped being a farm in the 1950’s

10. This is another road with some old impressive properties… 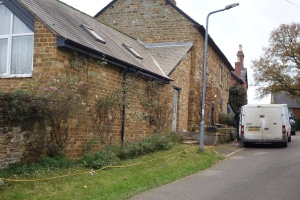 The house on the left was once another of the village’s inns. Originally the Bricklayer’s Arms, it changed its name to the Rose & Crown in 1880. In 1922 it closed & became a dairy until being converted into a private house

Note the garage/shed next door. In days gone by, this was the village fire station where the brigade kept its horse-drawn fire engine

11. There’s a lovely area on the right & also beautiful  Mulberry Cottage. The cottage was converted into 3 separate dwellings for staff at nearby Spratton House. Today though it’s once more just one property

12. As the Lane bends right ahead is another former inn which was called the Fir Tree. Dating back to 1725, it closed in the early 1950’s

13. The lane now bends right & changes to Holdenby Road. Ahead at the junction, the beautiful, white cottage is a reminder of Northamptonshire’s once thriving lace industry. This cottage is that remains of a row of cottages that housed the lacemakers. The others were sadly demolished in the 1950’s 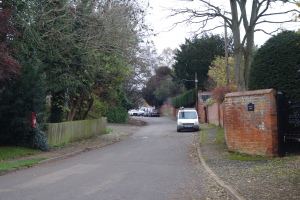 There’s some imposing houses along this road, including Holly House on the right

15. Slightly further on is the equally impressive Spratton House… 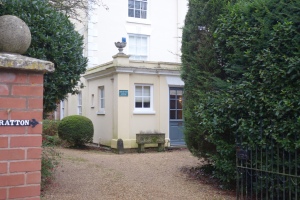 The Heritage Trail tells us “Built in 1793 by William Butlin, a member of the wealthy Butlin family whose main business was wool. William’s son, Thomas developed & financed the family’s expansion into the iron industry”

16. As the name of the road implies we’re now back at the church… 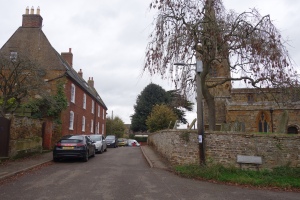 You can’t fail to miss the large house opposite the church. This is the Manor House which can be dated back to the early 17th century. Until 1905 this was a thatched property, but it was blown off in a storm 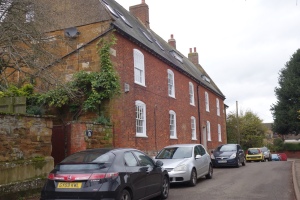 So that’s our look at lovely Spratton where you can really get an idea of what the village used to be like in times gone by. For more detailed information see the Spratton Local History Society website